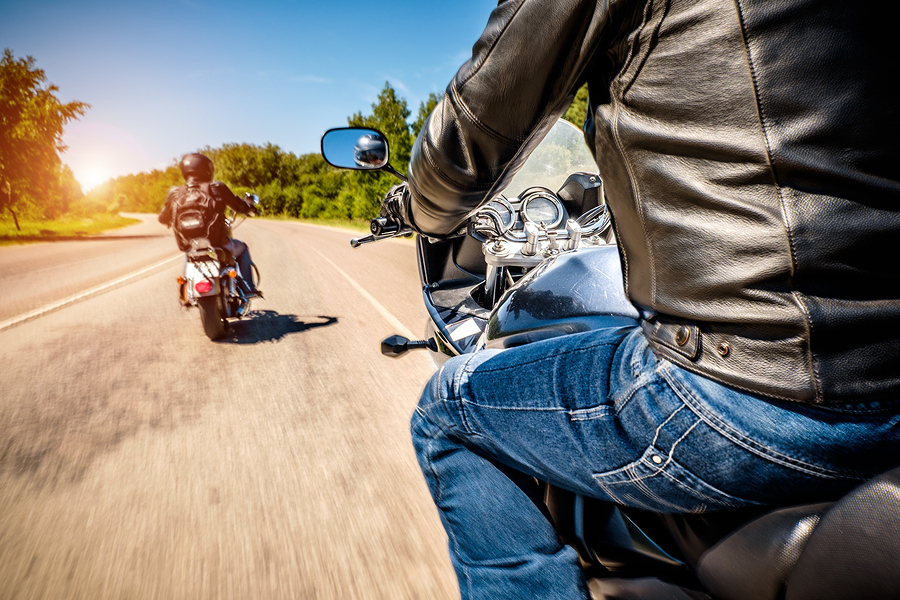 Do You Really Wear All-The-Gear-All-The-Time?
While lots of riders give lip service to wearing all the gear all the time, we know there are some that are bound to be bad examples.
Before you go for you next ride, ask yourself these questions:

1. Do you have a DOT legal helmet? (We are pleased to know that 97% of riders have the right helmet, but like we said before, there are bound to be some bad examples… those other 3%, Don’t be like these guys).
2. Do you have protection for your paws? (fingerless gloves don’t count)
3. Are you wearing a motorcycle-specific jacket? (We found that most riders do wear their jackets)
4. Are you wearing motorcycle boots? (72% of riders ride with motorcycle specific boots)
5. Are your pants armored riding pants?
6. And do you have your “special” undies? (87% of riders do not)

New Triumph Tiger Sport Revealed
Like the Speed Triple, the Triumph 1050cc benefits from a new ride by wire throttle, rides modes, multi lever traction control, ABS, and slip assist clutch. The exhaust has been revised with a range of detail changes including foot pegs with better grip. Visordown told you the new model was coming after a Triumph representative let slip during last month’s Speed Triple launch that the launch of the Tiger Sport was also in the planning.

The 2016 Harley Davidson motorcycle lineup is the new CVO ProStreet Breakout. You might remember when Harley had its first “break out” in 2012 as the 2013 CVO Breakout replaced the CVO softail convertible and was followed by a non-CVO version a few months later. Now, after reviving the long and low chopper, the Harley’s CVO has revisited the Breakout.

The 2016 version goes back to the standards that all CVO models set, while making new ground as well. A 110ci Screamin’ Eagle Twin engine will send the Pro Street down the road. The latest CVO Breakout gets a few other nifty performance upgrades too, such as the additional front brake rotor for double the stopping power. A sleek headlight shroud, matching chin spoiler, and trimmed front fender are meant to exude drag racer attitude. The new Pro Street Breakout has a price tag of $25,699, but that is the low end of the spectrum, the price ranges up to $40,299.